This morning, I wake up with the heavy knowledge that my Muslim brothers and sisters are mourning. And the urgency of knowing that their pain is likely only to increase if we, the church, do not turn our eyes and hearts towards them.

On Friday, March 15th, a young Australian man named Brenton Tarrant opened fire in two mosques in Christchurch, New Zealand, killing 50 people and wounding 50 more. In the larger of the two mosques, Masjid al Noor, over 40 people were shot and killed within six minutes. He then moved on to the Linwood mosque, where over 100 Muslim worshipers were gathered for Friday Jumu’ah (prayer service).

According to census data from 2013, there are just over 46,000 Muslims in New Zealand, a country of 4.4 million, making them approximately 1% of the total population. The community of people directly affected by this mass shooting is made up of refugees, migrants, and second or third generation New Zealanders who have fled violence in other parts of the world. According to the Wall Street Journal, Saudi students, a Bangladeshi soccer team, Afghan refugees, and Indian businessmen composed parts of the congregations that met for prayer in the Al Noor and Linwood mosques early on Friday.

Other than the fact that this is the deadliest attack ever carried out on New Zealand’s soil in modern history, this particular shooting weighs heavily on the conscience of the world because of the self-proclaimed motives of the accused shooter. Shortly before carrying out his rampage, Tarrant published a hate-filled manifesto to social media and emailed it to senior members of New Zealand’s government as well as media outlets. This manifesto touted obviously racist, anti-immigrant, and anti-Muslim ideologies. Much controversy has swirled around this document as well as the live-streamed video the attacker took via a camera mounted to his head during the shooting spree. Many news media outlets have refused to link the document to their articles in an act of defiance of its intended purpose. VOX news explains why this is important by explaining that “a manifesto is a published and public declaration of intent or belief.” Because it is public, it is evident that “the Christchurch shooter wrote his manifesto with the clear intention of it being shared widely after he committed an act of mass murder.”

Some have taken this a step further by refusing to even speak the name of the accused shooter. The most notable among them, New Zealand Prime Minister Jacinda Arden. According to Quartz News, during a speech given before Parliament on Tuesday, March 19th, she said, “We, in New Zealand, will give him nothing. Not even his name.”

I soak all of this in and wonder, what can I do? What can any of us do? Is there a meaningful response to be made by the church around the world?

I read in a recent post by The Happy Givers that the first Muslim worshipper to be killed greeted his attacker with the words “Hello Brother” moments before being shot. These two words hold in them the entire Gospel. “Hello” — God has welcomed us. “Brother” — and adopted us into his family. This is what I have heard God asking of me this week. Will you continue to welcome those who are different than you into my family?

Over the past two years, I have become convinced that the only way to disassemble the structures of hatred that lead to violence is by learning to see the different, the downtrodden, and the disenfranchised as my brothers and sisters. Building peace begins with the choice to lay aside assumptions and let someone speak for themselves. To this end, organizations like Two Faiths One Friendship, People of Peace, and countless refugee resource organizations like World Relief and Tucson Refugee Ministry work tirelessly to build bridges between Christian and Muslim communities. They provide opportunities for them to serve each other, to learn about each other, and to grow together. Organizations like this have taught me that violence is not inevitable because hatred is learned. 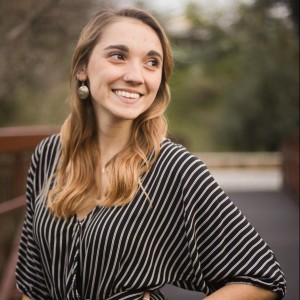 Facebook-f Twitter Instagram
Contact Us!
"On behalf of Compassion Radio, I offer heartfelt thanks for your support. By standing with us, you keep us on the Air and in the Field. We bring you current reports from the Frontlines of Faith! Thank you for your sustaining gifts..."